The cinema of Bangladesh is the Bengali language film industry based in Dhaka, Bangladesh. It has often been a significant film industry since the early 1970s and is frequently referred to as “Dhallywood” (Bengali: ঢালিউড), which is a portmanteau of the words Dhaka and Hollywood. The dominant style of Bangladeshi cinema is melodramatic cinema, which developed from 1947 to 1990 and characterizes most films to this day. Cinema was introduced in Bangladesh in 1898 by Bradford Bioscope Company, credited to have arranged the first film release in Bangladesh. Between 1913 and 1914, the first production company named Picture House was opened. A short silent film titled Sukumari (The Good Girl) was the first produced film in the region during 1928. The first full-length film The Last Kiss, was released in 1931. From the separation of Bangladesh from Pakistan, Dhaka is the center of Bangladeshi film industry, and generated the majority share of revenue, production and audiences. The Face and the Mask, the first Bengali language Bangladeshi full-length feature film was produced in 1956. It is said that the 1960s, 1970s, 1980s and the first half of the 1990s were the golden years for Bangladeshi films as the industry produced many successful films. But during the 1970s many of the films were inspired by Indian films and many of the films were unofficial cheap remake of Indian films.
Directors such as Fateh Lohani, Zahir Raihan, Alamgir Kabir, Khan Ataur Rahman, Subhash Dutta, Ritwik Ghatak, Ehtesham, Chashi Nazrul Islam, Abdullah al Mamun, Sheikh Niamat Ali, Gazi Mazharul Anwar, Tanvir Mokammel, Tareque Masud, Morshedul Islam, Humayun Ahmed, Mostofa Sarwar Farooki, Zahidur Rahim Anjan, Khijir Hayat Khan, Kamar Ahmed Saimon, Bijon Imtiaz, Amitabh Reza Chowdhury, Fakhrul Arefeen Khan, Giasuddin Selim, Nurul Alam Atik, Dipankar Sengupta Dipon and others have made significant contributions to Bangladeshi mainstream cinema, parallel cinema, art films and won global acclaim.
Clue:wikipedia

Sat Sep 15 , 2018
Tollywood The cinema of West Bengal (Bengali: UwjDW, translit. ṭôliuḍ), also known as Tollywood refers to the Indian Bengali language film industry based in the Tollygunge region of Kolkata, West Bengal, India. The origins of the nickname Tollywood, a portmanteau of the words Tollygunge and Hollywood, dates back to 1932.[4] […] 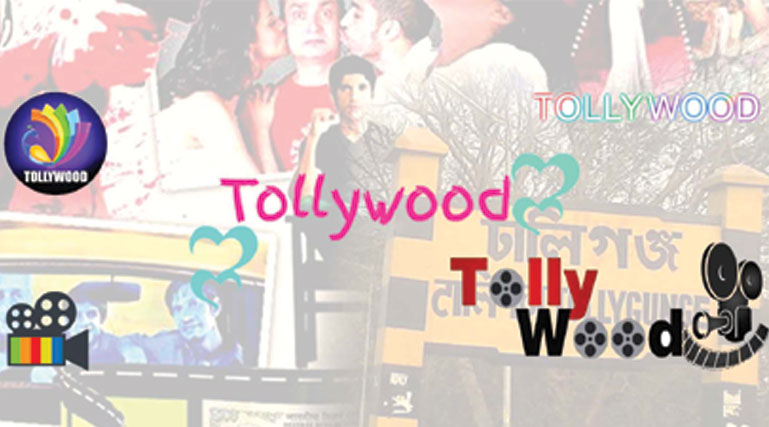