Mimi Chakraborty (born 11 February 1989) is an Indian actress. She is known for her work in Bengali cinema and television. She rose to fame by playing the role of “Pupe”, the female lead in the mega serial Gaaner Oparey.

Early life
Chakraborty was born in Jalpaiguri, a city in the Indian state of West Bengal. She spent her childhood in Arunachal Pradesh in Deomali, a town in Tirap district, but later moved back to her ancestral home in Jalpaiguri City with her family. She was educated in Holy Child School, Jalpaiguri and later at St. James’ School, Binnaguri,then she came to Kolkata and completed her graduation in English Asutosh College.

Career
Chakraborty was a model briefly before starting her acting career. She participated in Femina Miss India. Her acting debut was with Champion.
Her second project was a TV serial Gaaner Oparey, produced by Ideas Creations. It aired on Star Jalsha from 28 June 2010 to 16 April 2011. Ideas Creations, the production house of Prosenjit Chatterjee together with Star Jalsha launched the mega-serial Gaaner Oparey to pay tribute to Gurudev Rabindranath Tagore on the 150th anniversary of his birth. The likes of Rituparno Ghosh (who was initial scriptwriter of Gaaner Oparey), Debojyoti Mishra (music director), and other noted personalities from the film industry were involved with the project.
Her debut film Bapi Bari Jaa was released on 7 December 2012.

Gaaner Oparey
Gaaner Oparey, was the musical journey between two artists, Bohemian Gora and traditional Pupe and their love and in the whole process reinventing Tagore’s “music”. The story revolved around a girl called Pupe from an orthodox Tagore-worshipping family and Gora, an extremely talented but care-free lad, who keeps on experimenting with Rabindra sangeet. This TV show marks the beginning of a year-long celebration of 150th birth anniversary of Kabiguru Rabindranath Tagore. Chakraborty portrayed the role of Pupe, a very talented singer, belonging to an orthodox Tagore worshipping family, who used to sing Rabindrasangeet in traditional form in concurrence with her family values. She was brilliant in all the emotions and made Pupe iconic.

Bapi Bari Jaa
Chakraborty’s film debut was in Bapi Bari Jaa in which she played the female lead, Dola. The film was produced by Prosenjit Chatterjee production house, Ideas Creations. The film was also the silver-screen debut of Arjun Chakrabarty (better known as Gora, the male protagonist from Gaaner Opaarey) who played the role of Bapi, the male lead.

Fashion
Chakraborty has been a part of Fame Fashion and Creative Excellence (FFACE) in different ways. In 2014, she unveiled the Edition 1 of the FFACE Calendar at Tantra, Park Hotel Kolkata. The same year she was a part of the conceptual greeting card produced by FFACE as the FFACE of DURGA promoting women empowerment.

Tue Sep 18 , 2018
Tamannaah Bhatia Tamannaah Bhatia (born 21 December 1989) known simply as Tamannaah, is an Indian actress who predominantly appears in Tamil and Telugu films. She has also appeared in several Hindi films. In addition to acting, she also participates in stage shows and is a prominent celebrity endorser for brands […] 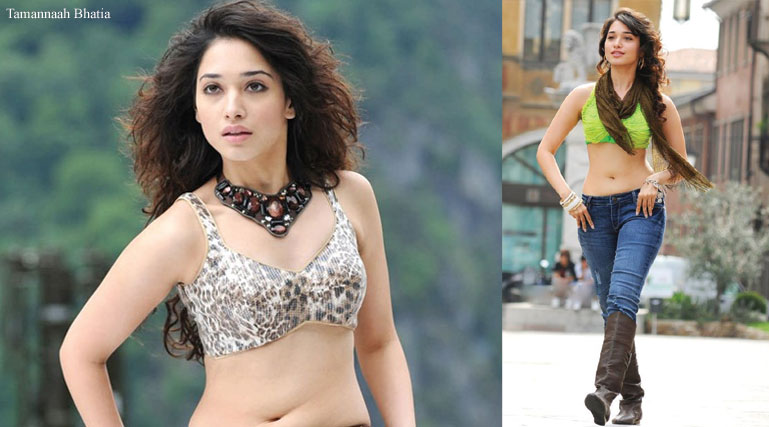