From Tinseltown titan to #MeToo pariah

For decades, he was untouchable, holding court in Hollywood as the mega producer Meryl Streep famously called “God.”
But over the course of five days last October, Harvey Weinstein would become the first and most famous pariah of the #MeToo movement, deluged by complaints of predatory sexual behaviour.
Twelve months ago on Friday, the Oscar-winning mogul was hit by a bombshell article in The New York Times, followed by another in New Yorker magazine, accusing him of a career of sexual harassment, assault and rape.
Since then, multitudes of women have come forward alleging 40 years of impropriety that sparked a sexual harassment watershed, ending the careers of powerful men.
It ignited a global call to arms, under which tens of thousands of women took to social media to share their stories of abuse under the #MeToo hashtag.
“I came of age in the ’60s and ’70s, when all the rules about behaviour and workplaces were different,” the 66-year-old said in a bizarre statement soon after the scandal blew up that apologized yet appeared to justify his behaviour.

“That was the culture then.”

While he denies any non-consensual activity, he disappeared from public life, surfacing occasionally from reported sex addiction treatment, his name toxic and his reputation in tatters.
The list of stars levelling abuse accusations against Weinstein is long: Angelina Jolie, Gwyneth Paltrow, Rose McGowan, Lea Seydoux, Rosanna Arquette, Cara Delevingne and Salma Hayek, to name a few.

Hayek accused the magnate of threatening to “break my kneecaps” after she spurned his advances on the set of her film “Frida.”
The one-time Democratic Party donor, who hobnobbed with Hillary Clinton and once had a personal fortune estimated at $150 million, has faced an avalanche of lawsuits.
He is out on $1 million bail and has pleaded not guilty in New York to six counts allegedly committed against three women in 2004, 2006 and 2013.
The accusations of predatory sexual assault, criminal sexual acts and rape in the first and third degree could see Weinstein jailed for life if convicted.
But the former Hollywood legend, who for decades produced box office and critically acclaimed hits, has been forced to accept that his career is over, regardless of whether he is convicted.
He has been expelled by the Oscar-awarding Academy of Motion Picture Arts and Sciences and sacked by his own studio, The Weinstein Company, which has since been sold for a reported $289 million and broken up.
Weinstein’s British fashion designer wife is divorcing him and his property empire is being sold.
“There was a part of me that was terribly naive… I had what I thought was a very happy marriage. I loved my life,” Georgina Chapman, his estranged wife and mother of two, told Vogue magazine.
Meanwhile, the torrent of civil cases shows no sign of abating. In the latest headline-grabbing lawsuit, a German actress using the pseudonym Emma Loman alleged in August that Weinstein had raped her in 2006 at the Cannes Film Festival.

Born in Queens on 19 March, 1952 the son of a diamond cutter, Weinstein studied at Buffalo University and initially produced rock concerts until he and younger brother Bob went into the movie business.
They co-founded Miramax Films, a small distribution company named after his mother Miriam and father Max, in 1979.
Their hits included 1998’s “Shakespeare in Love,” for which Weinstein shared a best picture Oscar. But the company was sold to Disney in 1993 and the brothers left in 2005 to start up The Weinstein Company.
In February, New York’s attorney general, who subsequently resigned in his own cloud of abuse allegations, sued the brothers and studio for failing to protect employees from alleged sexual misconduct despite multiple complaints.
Over the years, Weinstein’s films received more than 300 Oscar nominations and 81 statuettes. The movies he steered to Academy Awards glory include “The Artist,” “The King’s Speech” and “The Iron Lady” — which won best actress for Streep as former British prime minister Margaret Thatcher.
His more than 300 projects included the Cannes-winning “Pulp Fiction” (1994), “The English Patient” (1996) and “Gangs of New York” in 2002.
Through it all, the burly executive was famous for his hard-nosed approach to work and Oscars campaigns.
Streep — who is fiercely protective of her family life — was apparently made to earn every penny of her fee on the promotion circuit for “The Iron Lady.”
“I just want to thank my agent and God — Harvey Weinstein,” she told the 2012 Golden Globes. “The punisher. Old Testament, I guess,” she added.
The triple Oscar winner has since said she was “appalled” and had no idea about the “disgraceful” allegations.
Source: prothomalo, 3 October 2018

Italy's 'other' film fest to kick off in Rome

Sun Oct 7 , 2018
Italy’s ‘other’ film fest to kick off in Rome Cate Blanchett, Martin Scorsese, Sigourney Weaver and Michael Moore will all be attending this month’s Rome Film Fest, Italy’s ‘other’ cinema gathering after Venice. Just don’t call it a festival. “We are not a festival and those who want a festival […] 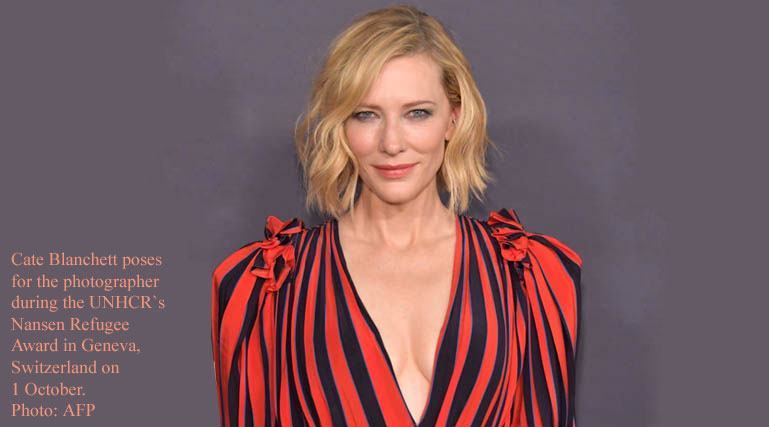