Celebrated actor Aupee Karim has won the hearts of millions with her impeccable performances on television in the span of her career. Among other things, she has also made a name for herself in the field of theatre. After a long time, the multi-faceted star is all set to return to theatre with ‘Dear Liar,’ which will stage its inaugural show on October 18.
How do you feel about making a comeback in theatre with Dear Liar?
I feel nervous and excited at the same time. As I am participating in a play after a long time, I feel that I could have prepared better. I hope that our play is well-received by the audience.
Tell us about your character in Dear Liar.
Dear Liar essentially dramatises the romance of famous Irish playwright George Bernard Shaw and Mrs Patrick Campbell, a popular English stage actor in the 1900s. I am playing the role of Mrs Patrick Campbell, while Ataur Rahman is essaying the character of George Bernard Shaw.
This is the first time you are working outside of Nagorik Natya Sampradaya. How do you feel?
Well, I have done the set design for Nagorik Natya Sampradaya’s Galileo, so I am still involved with them. Dear Liar, on the other hand, is directed by Airin Parvin. It is an honour to work with Ataur Rahman. I would not have done this play if it wasn’t for him.
Your role as Nandini in Rabindranath Tagore’s Roktokorobi was highly praised. Tell us about that experience.
Playing Nandini was a pivotal point in my career and I have immensely fond memories of that experience. Nandini will always be dear to me. I feel blessed to have received so much appreciation for that role.
-Shah Alam Shazu
Source: thedailystar, 7 October 2018

Mon Oct 8 , 2018
Moushumi’s Recent Ventures Popular actor Moushumi has been the leading lady in one hit venture after another ever since her debut in Keyamat Theke Keyamat set her on a path of trailblazing success. She was most recently seen opposite actor Ferdous in Pobitro Bhalobasha, which was the pair’s first film together since […] 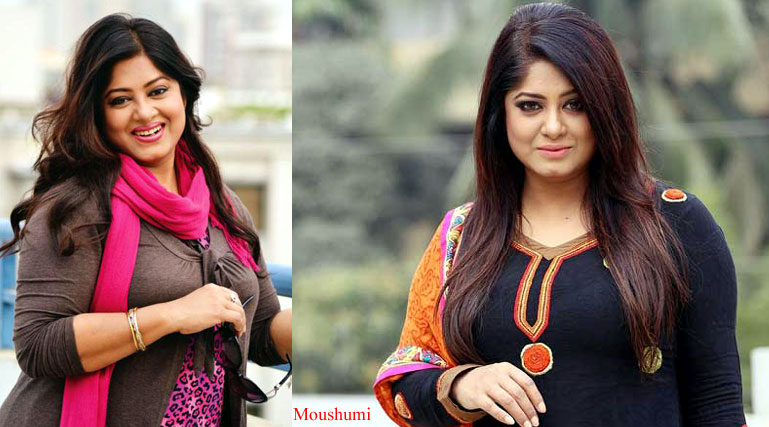