India’s growing #MeToo storm halted production of a Bollywood blockbuster Friday, with the film’s lead calling for harassment claims against its director and his co-star to be “stringently” investigated.
Star Akshay Kumar said he had requested that the making of “Housefull 4” be stopped following allegations against director Sajid Khan and one of the film’s actors, Nana Patekar.
Accusations that Patekar behaved inappropriately on a film set 10 years ago sparked India’s #MeToo movement, which has since engulfed Bollywood figures, a government minister and several comedians and top journalists.

Patekar denies the allegations
“I’ve requested the producers (of “Housefull 4″)… to cancel the shoot until further investigation. This is something that requires stringent action,” Kumar said on Twitter.
“I will not work with any proven offenders and all those who have been subjugated to harassment should be heard and given the justice they deserve,” the 51-year-old actor added.
Khan, 46, tweeted his own statement shortly afterwards to announce that he was stepping down from the film “until the time I can allay the allegations and prove the truth”.
Three women, an actor, an assistant director and a journalist took to Twitter on Thursday to accuse Khan of sexual harassment.
The actress said Khan had insisted that she strip during an audition while the journalist alleged the director had flashed his penis at her during an interview.
Kumar’s statement came two days after Bollywood power couple Aamir Khan and his film-maker wife Kiran Rao announced that they were withdrawing from the film “Mogul” over a molestation case against director Subhash Kapoor.

Kapoor denies the charges
Kumar and Khan’s interventions are being lauded for possibly signalling a watershed moment in Bollywood, where established male stars rarely speak out in support of victims.
Some Indian actresses have long said that the industry, which is dominated by a few powerful players, needs to create an environment where victims can come forward without fear of being ostracised.
Filmmakers Anurag Kashyap and Vikramaditya Motwane announced at the weekend they were severing ties with Bollywood director Vikas Bahl over a sexual assault allegation.
Bahl denies that he sexually assaulted a female employee of Phantom Films, the production house behind Netflix original “Sacred Games”, in 2015 and has threatened to sue Kashyap and Motwane for defamation.
Source: AFP, prothomalo : 12 October 2018

Mon Oct 22 , 2018
New age dawning for Indian film: Rajkumar Hirani Bollywood box office king Rajkumar Hirani believes a new golden age is dawning for the Indian movie industry as filmmakers look outside the box to tell more varied stories. “Before there was a belief that you had to have songs,” said Hirani, […] 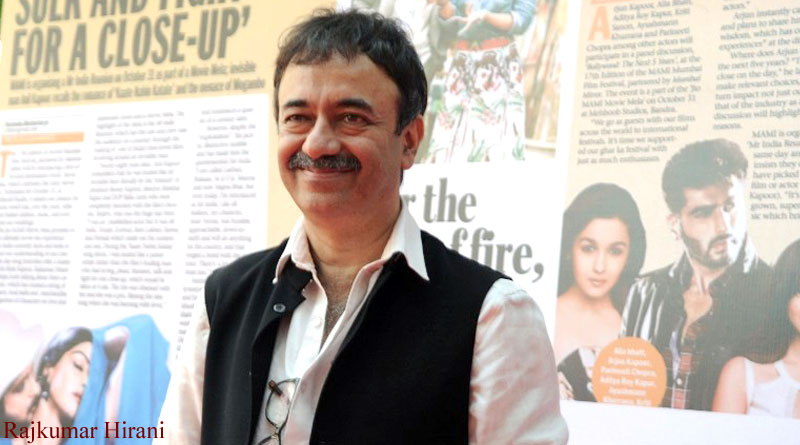