Indian police have started an investigation regarding an FIR lodged by actress Tanushree Dutta against actor Nana Patekar on charges of sexually harassing her on the sets of a 2008 film, said the actress’ lawyer.
The FIR was lodged under sections 353 and 503 of the Indian Penal Code on Wednesday night. “We have lodged the FIR against four people – Nana Patekar, choreographer Ganesh Acharya, the producer of the film Samee Siddiqui and director Rakesh Sarang. Now, the police are investigating the case. These people have to appear before the police and if not they will be arrested,” Nitin Satpute, Tanushree’s lawyer, told IANS.
Asked about Tanushree’s protection, Satpute said: “Tanushree has been protected by the police. Security has been provided at the building where her residence is.”
Tanushree first spoke about Nana’s misbehaviour in 2008. Two weeks ago, she recounted her experience in the wake of the global #Metoo movement.
She said she was sexually harassed by the actor during the shooting of a dance sequence for the film “Horn Ok Pleasss” at the Filmstan Studio.
She said she was forced into silence a decade ago.
But now, ever since Tanushree has renewed the allegation against Nana, it has sparked a #MeToo firestorm in India, with women from all quarters coming forward to share their own experiences at their workplace.
Source: prothomalo, 11 October 2018

Weinstein gets one charge dismissed in sexual assault case

Mon Oct 22 , 2018
Weinstein gets one charge dismissed in sexual assault case A New York judge on Thursday dismissed one of six sexual assault allegations against disgraced movie mogul Harvey Weinstein, which defense lawyers claim taints the entire case against him. The 66-year-old father of five, out on a $1 million bail and […] 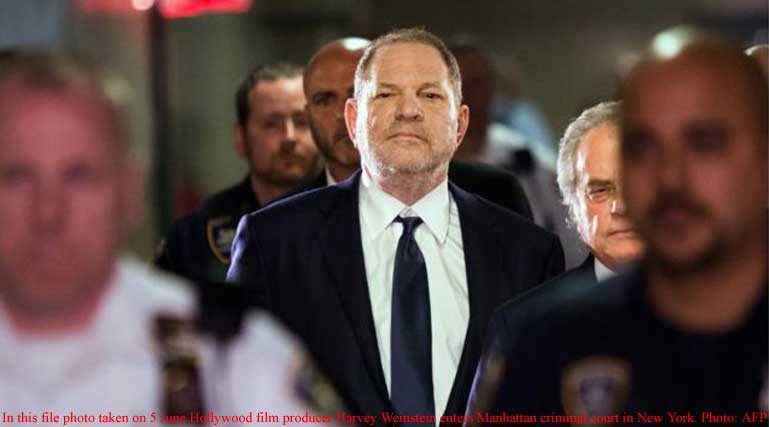