There are pretence, false allegations: Sussanne on #MeToo

Interior designer and entrepreneur Sussanne Khan has taken a neutral stance on the #MeToo campaign by saying that women shouldn’t make false allegation on an individual without any legal evidence.
Sussanne Khan was interacting with the media when she attended her sister Farah Khan’s new collection launch at her designer store along with Bhagyashree Patwardhan-Dasani, Fardeen Khan, Zayed Khan and Kanika Kapoor on Friday here.
The #MeToo campaign has gained momentum in India after actress Tanushree Dutta accused veteran actor Nana Patekar of harassment. Following her revelation, accusations were being levelled against some powerful personalities in media and the entertainment industry including Sajid Khan, Alok Nath and Vikas Bahl among others.
Sussanne’s former husband actor Hritihk Roshan has taken a firm stand on the situation and has urged the producers of his upcoming film “Super 30” to take a “hard stand” amid sexual harassment allegations against the movie’s director Vikas Bahl.
Few days ago, after accusing Vikas Bahl for his misbehaviour on “Queen’s” set, Kangana Ranaut launched a fresh attack on Hrithik by demanding punishment for the “Kaho Naa Pyaar Hai” actor for dating “young girls” while keeping a trophy wife.
Reacting on #MeToo campaign, Sussanne has said that people should use social media platforms in correct manner.
“I honestly don’t want to comment on this issue much but I definitely feel that there is lot of pretence, false allegations and sort of crazy behaviour.
“They are using the platform badly and it’s not a good thing. If they use platform correctly then, it’s supposed to be good thing. They shouldn’t make allegation on an individual without any legal evidence,” she added.
There were reports that Sussanne and Hrithik parted ways in 2014 as the actor involved in few relationships outside his marriage.
Source: IANS, prothomalo : 13 October 2018

Mon Oct 22 , 2018
MJ Akbar resigns amid #MeToo storm India’s junior foreign minister announced his resignation on Wednesday following allegations of sexual harassment by a string of women, as the country’s fledgling #MeToo movement gathers pace. “Since I have decided to seek justice in a court of law in my personal capacity, I […] 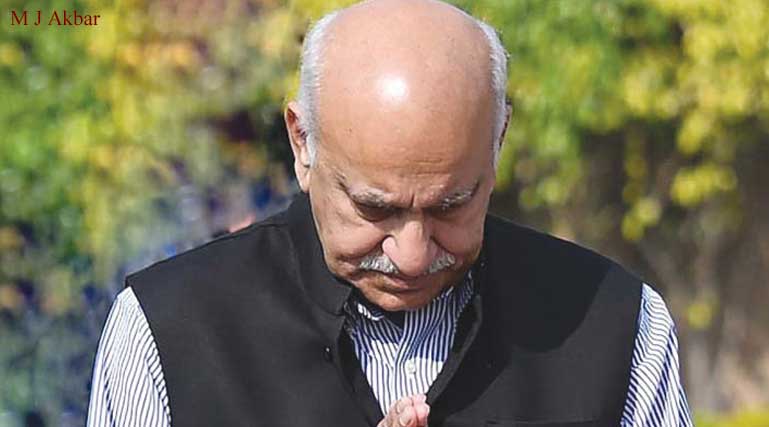