Journalist-turned-politician MJ Akbar, who quit as union minister after charges of sexual harassment by many journalists, has now been accused of rape by US journalist Pallavi Gogoi. Akbar said they had a “consensual relationship” even as his wife accused Gogoi of lying.

Not rape, it was consensual, says MJ Akbar

In a first person account in The Washington Post published on Friday, Gogoi, now the chief business editor at National Public Radio, gave a detailed account of how she was allegedly raped by Akbar and narrated her ordeal of working under him when he was the editor of The Asian Age years ago.
After two incidents in Delhi and Mumbai where Akbar “molested and sexually assaulted her”, Gogoi, now a US citizen, narrated how she was raped in a hotel in Jaipur. “In his hotel room, even though I fought him (Akbar), he was physically more powerful. He ripped off my clothes and raped me. Instead of reporting him to the police, I was filled with shame,” wrote Gogoi. She said after the Jaipur incident, “his grip over me got tighter”. “For a few months, he continued to defile me sexually, verbally, emotionally. With over a dozen journalists accusing him of sexual harassment and assault, Akbar quit as minister of state for external affairs on 17 October. Denying the charges, he filed a criminal defamation case against journalist Priya Ramani who was the first to accuse him. Gogoi also attacked the BJP for letting Akbar continue as its member.
Later, when Gogoi was posted in London, she felt the abuse would stop because she would be far away from Delhi. But “the truth was that he was sending me away so I could have no defenses and he could prey on me whenever he visited the city where I would be posted”. She said she did not bring up Akbar in conversations as “I’ve always felt that Akbar is above the law and justice doesn’t apply to him. “But I am writing this because I know what it is like to be victimized by powerful men like Akbar. I am writing this to support the many women who have come out to tell their truth,” she added. Both Akbar and his wife Mallika trashed Gogoi’s allegations. Akbar claimed his relationship with Gogoi was “consensual”. “Somewhere around 1994, Gogoi and I entered into consensual relationship that spanned several months. This relationship gave rise to talk and would later cause strife in my home life as well. This consensual relationship ended, perhaps not on best note,” he said in a statement. He said that “at no stage did the behaviour of Pallavi Gogoi give any one of them impression that she was working under duress”.
Coming out in his defence, Mallika, who has been silent so far on the charges against her husband, said: “More than 20 years ago, Gogoi caused unhappiness and discord in our home. I learned of her and my husband’s involvement through her late night phone calls and her public display of affection in my presence. In her flaunting the relationship, she caused anguish and hurt to my entire family. “At an Asian Age party at our home, crowded with young journalists, I have watched with mortification and pain as they danced close. I had confronted my husband at the time and he decided to prioritize his family.”
She said Gogoi would “happily drink and dine at our home with us and did not carry the haunted look of victim of sexual assault… I don’t know Pallavi’s reasons for telling this lie but a lie it is.” Meanwhile, The Editors Guild said it was writing to Akbar and would wait for his response before deciding on his membership.
Source: IANS, Prothomalo : 2 Nov 2018

Sat Nov 3 , 2018
My relationship with Jasleen is not physical but spiritual: Anup Anup Jalota and Jasleen Matharu were definitely the most ‘vichitra’ jodi of Bigg Boss 12. The pair has now been separated as Anup was evicted by host Salman Khan on Sunday night. Along with him, Saba Khan also walked out […] 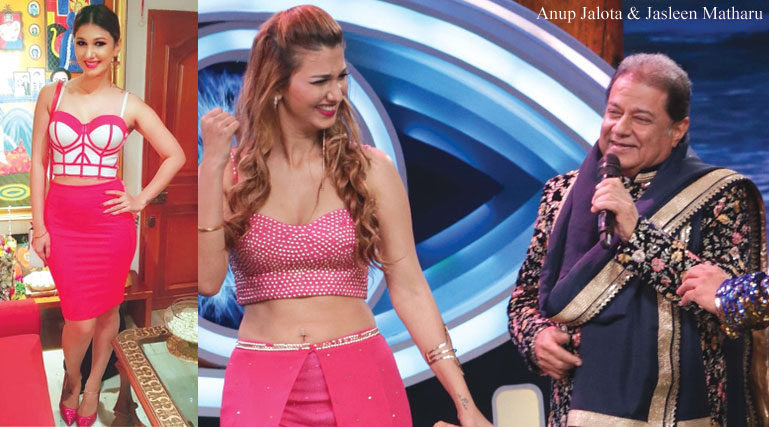